"Kambo carries the codes to unlock the 'Kambonation' as an agonist to reprogram the body thru chemical communication..." ©2016 Raymond Naeyaert

Kambo is a secretion from one of the largest Hylid frogs known as the Giant Monkey Tree Frog or Waxy Tree Frog. Its scientific name is Phyllomedusa Bicolor. It is also known by different names depending different tribes as Kambo, Kambu, ​Sapo, and Dow-Kiet. The frog is nocturnal and arboreal and due to the fact that it has no natural predators is found in abundance across the Upper Amazon rainforest areas of Bolivia, Brazil, Colombia, Peru, French Guiana, Suriname and Venezuela.

They are large frogs, the male bodies being between 9-10 cm and the females 11-12cm. The dorsum is a vibrant green and the belly a creamy white. They have dark spots on the chest, flank and legs. Reproduction occurs throughout the year, peaking between November and May. They construct hanging nests from folded leaves 1-3metres above ponds and streams. The females deposit a gelatinous mass containing their eggs into these nests. Theirs is the largest spawn found amongst arboreal frogs of the Amazon. A single spawn contains on average 1000 eggs from which tadpoles emerge within 11-14 days.

The IUCN database lists them in the ‘Least Concern’ category in view of their wide distribution and large population. The only known threats to this species of frog at the moment are spawn predation and the potential destruction of their habitat.

The secretion of the Kambo frog has been used as a medicine amongst the Upper Amazonian peoples for millennia. The first observations of Kambo use were made by a French priest, Father Constantin Tastevin in 1925 whilst he was staying with the Kaxinawá tribe in the upper Juruá River in Brazil. In the 1980’s an American Anthropologist, Katherine Milton described Kambo use among the Mayoruna tribe in Brazil and in the 1980s Peter Gorman wrote about his experiences taking Kambo with the Matses tribe in Peru.

During the 1990’s, rubber tappers in Brazil learned about Kambo from the Amazon Indians. They began to take it out into the towns of Acre and apply it themselves. Having spent several years living with the Katukina, Francisco Gomes from Cruzeiro do Sol was one of the first people to pioneer the use of Kambo outside the Amazon. The practice spread and soon people in the larger cities of Brazil were using Kambo.

In 2004, ANVISA, the Agência Nacional de Vigilância Sanitária in Brazil prohibited any advertising of the medicinal and therapeutic benefits of Kambo. This was in response to representation made to the Brazilian government by the Katukina people with regard to intellectual property rights. Aside from this restriction, Kambo is legal everywhere in the world.

An Italian scientist, Vittorio Erspamer of the University of Rome was the first person to analyse Kambo in a laboratory. In 1986, he wrote that it contains a ‘fantastic chemical cocktail with potential medical applications, unequalled by any other amphibian’. The chemicals that he referred to were Peptides. The peptides studied by Erspamer have become essential to characterize the functional role of opioid receptors. He was twice nominated for a Nobel Prize and was also the person who first discovered Serotonin.

Several peptides have since been isolated from the secretion and several have been synthesised. Currently there are over 70 Kambo patents lodged, mainly in the USA.

Now, the popularity and use of Kambo as a natural medicine is spreading worldwide.  As the scientific and medical research into the secretion of the Phyllomedusa Bicolor grows, skilled practitioners are also developing new ways to work with this powerful substance from the Amazonian Rain Forest which allows it to be accessible to almost everyone in a safe and manageable way.

Kambo is made up of many different substances, all of which have their own effect on the human body. It contains a large number of peptides (proteins), such as the peptide families: bradykinin (Phyllokinin) Tachykinins (phyllomedusin) caerulein, sauvagine, tryptophyllins, dermorphins, deltorphins and bombesins.
Kambo includes the two peptides dermaseptin B2 and B3. These substances are found to have an anti-bacterial effect and, in addition, to prevent the growth of tumours. These two promising substances have to be further investigated for possible anti-tumour therapy. Furthermore, other studies show that in addition to dermaseptin B2 and B3, kambo also contains other substances which inhibit the growth of tumours.
Source: http://azarius.net/encyclopedia/84/Kambo/
Caerulein and sauvagine stimulate the adrenal cortex and the pituitary gland, contributing to heightened sensory perception and increased stamina. Both of these peptides have a strong analgesic effect, enhance endurance, increase physical strength and in general, enhance the capacity to face pain and stressful situations. They possess medical potential as digestive aids, and have demonstrated analgesic effects for those with renal colic, pain due to peripheral vascular insufficiency and cancer pain.
Adenoregulin works in the human body through the adenosine receptors, a fundamental component in all human cell fuel. These receptors can offer a target for treating depression, stroke seizures and cognitive loss ailments such as Alzheimer’s disease. Scientific research on the peptides of kambô are opening up new perspectives on how the human brain works. The properties of kambô peptides cover a wide range of potential medical uses: treatment of brain diseases such as Alzheimer’s and Parkinson’s, depression, migraines, blood circulation problems, vascular insufficiency, organ diseases, skin and eyes issues, fertility problems in women and men, AID’s, hepatitis, cancer, etc.
Other interesting medicinal properties of this secretion are its anti-inflammatory effects, its capacity to destroy microbes and viruses and heal infections.  Due to the presence of these nine peptides, kambô is one of the strongest natural antibiotics and anesthetics found in the world and one of the strongest, natural ways to empower our immune system. The kambô treatments have short and long term effects. ‘Short term, the effects are a state of alertness, good mood, enhanced resistance to tiredness, hunger and thirst’, the capacity to easily concentrate and focus, and a still mind which can last for several days or weeks. Long term, kambô empowers the immune system, overcomes fatigue and improves one’s state of health.”
Source: http://www.heartoftheinitiate.com/files/Kambo-Scientific-Research-Healing-Treatments.pdf

Scientific studies show that Phyllomedusa bicolor poison is made up of many peptides that are beneficial to the human body. Some of these peptides traverse the blood-brain barrier and stimulate the endocrine glands of the brain, resulting in an immune effect and a deep cleanse of the body. Kambo has antibiotic properties and strengthens the immune system while physically destroying pathogenic microorganisms. Kambo is traditionally known to be anti inflammatory, to heal eyesight, and to cure pain. Sapo peptides and their effects are reported cover a wide range of potential medical uses: treatment of brain diseases such as Alzheimer and Parkinson, depression, migraines, blood circulation problems, vascular insufficiency, organ diseases, cancer, fertility problems in women, AIDS, hepatitis and more. 2

Pain Killing Peptides are 4000 Times Stronger than Morphine and for the techies out there you can read more here. Scientific research has identified the peptides dermorphin and deltorphin in kambo as potent opioid peptides. Opioids are pain killers and opioid peptides bind to receptors on human cells which trigger a pain masking response. Dermorphin and deltorphin are amazingly 4000 times stronger than morphine and 40 times stronger than b-endorphins which is the body’s natural pain killer.
​

When to use Kambo“The amazonian tribes believe that we as living humans are constantly surrounded by a dense cloud that prevents us from seeing clearly. This cloud is called “panema” by the Katukina people. ‘Panema’ could be translated with an expression such as ‘negative energy’, bad luck’, depression’ or ‘laziness’. By receiving Kambo treatments on a regular basis we have the chance to get rid of this greyish cloud of negative energy, to live a healthy life and to fulfil our physical potentialities.” – Master Kambo Practitioner, Giovanni Lattanzi

As well as this energetic clearing effect, Kambo has potent physical benefits as well. Kambo is traditionally used to gain strength, maintain or regain health, and to provide immunity. The poison is applied often times before hunting parties depart in order to increase strength, improve vision and lend the hunters a ‘magical’ ability to locate prey. Kambo is also traditionally used to cleanse the body of just about any illness including Rainforest specials like malaria and spider bite.
When scientists analyzed the chemical makeup of the Phyllomedusa bicolor’s venom, they found that it contained new peptides with exciting beneficial effects on the human body. Click on the green hyperlinks for more info, The top 8 are:
​Cleansing Kambo has a detoxifying effect on the internal organs, including the liver (usually one purges up bile) and the intestines (through evacuations) as well as the entire digestive system. The Katakana natives also use Kambo as the antidote for snake bite, as a medicine for many illness, and as an overall health tonic. There are many accounts of people using kambo and bouncing back from fatigue, depression, addiction, bad luck, sicknesses, and age related symptoms.
The Origins of Kambo

Each tribe has its own legend or story about how they came to use Kambo. The most prevalent legend regarding the origins of Kambo comes from Brazil. This Kaxinawá legend tells that the Indians of the tribe were very ill and their medicine man (Pajé in Brazil) had done everything that was possible to cure them. All medicinal herbs known were used, but none helped. Under the effect of sacred plant medicines, he entered the forest and whilst there received a visit from a female spirit of the forest She brought in her hands a frog, from which she took a white secretion, and taught the Pajé how to apply it. Returning to the tribe and following the guidelines that he had received the Pajé was able to cure his brothers and sisters. From then on he was known as Pajé Kampu or Kampum. After his death, his spirit lived on in the frog where it continued its mission to protect the health of those who defend the forest. The secretion became known as Kambo but in some tribes it is called Sapo, Dow-Kiet, Kampu or Vacina da Floresta. Its usage spread and for thousands of years, Kambo has been used as medicine by the Kaxinawá people, and by many other indigenous groups including the Amahuaca, Katukina, Kulina, Yawanawá, Matses, Marubo and Mayoruna. it is still used widely amongst indigenous people in the Amazon to this day although the rituals vary from tribe to tribe. 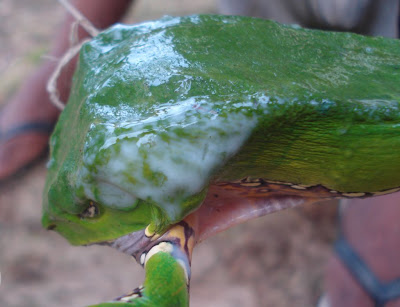 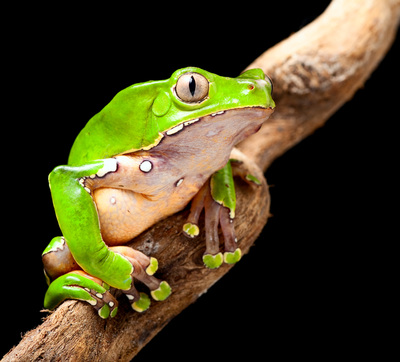 Should you like to join us at any of the gatherings, private session, or have me come be apart of your retreat or setting up a circle in your area.  please feel free to write me with any questions or give me a call at
​1-831-435-6005. for upcoming circles click here.